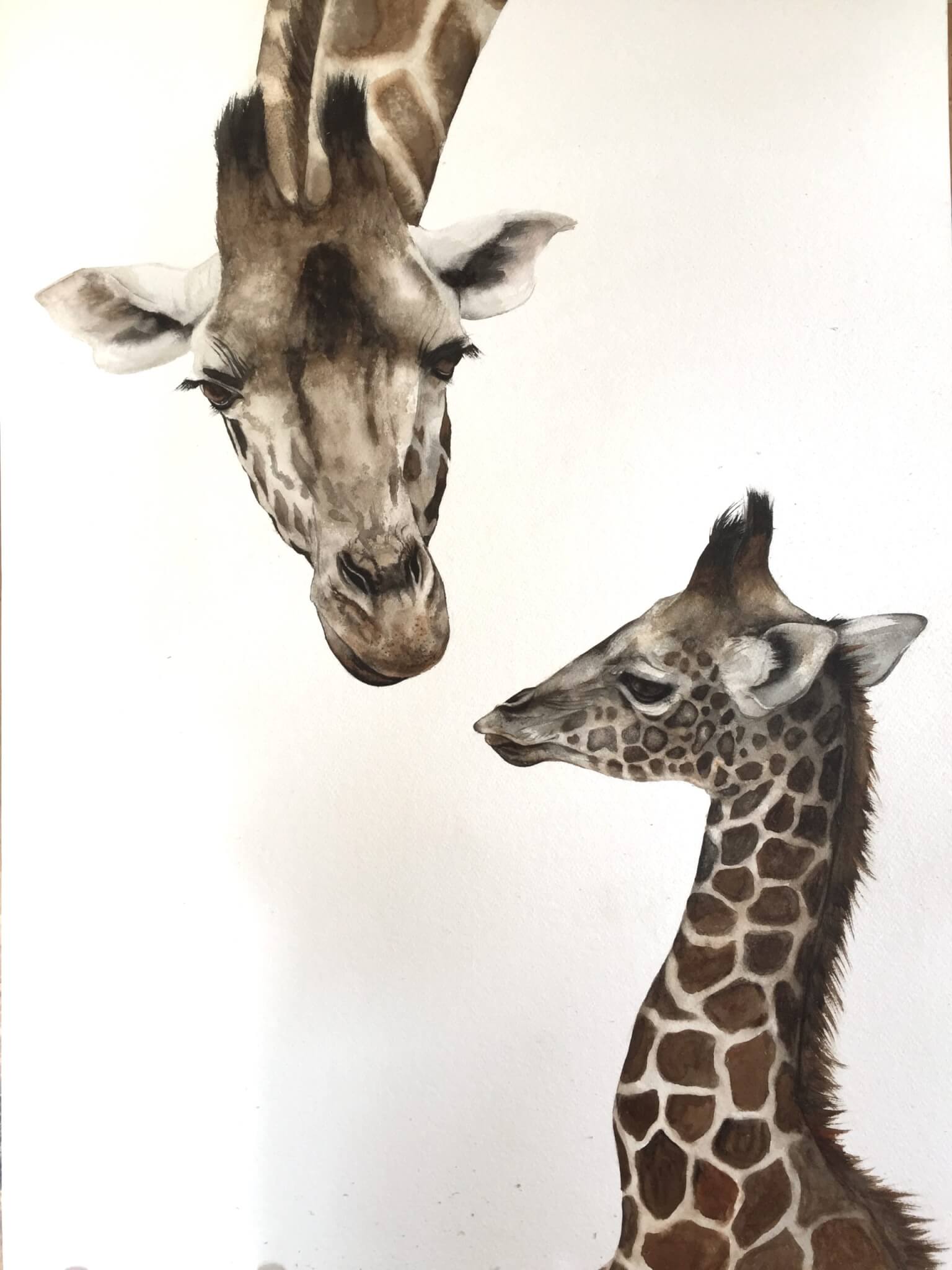 Giraffe Prints For Your Wall

The Giraffe is the tallest living animal in the world and because of this, they can reach vegetation that is inaccessible to all other animals that are herbivores. The giraffe is truly unique and unlike any other animal in Africa. 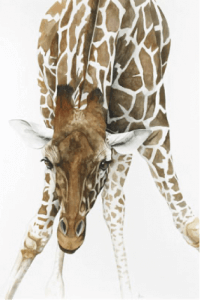 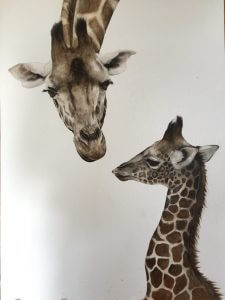 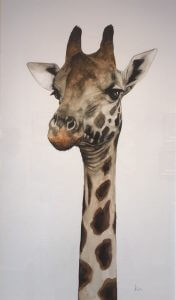 Limited to 250 fine art limited edition prints with the prints available in either mounted or mounted and framed. Printed on 300gsm fine art paper, each print is individually signed and numbered by Dominique with a certificate of authenticity. It is mounted with an off-white double mount and supplied with acetate wrapped.

The framed print is mounted as described and then framed with 5cm wide silver moulding. We offer the framed print glazed with art scene or Dominique can offer ARTglass. This is a high quality, non-reflective glass that is ready to hang once it arrives. So you never have to take your eyes off the painting.

Dominique was born in Jamaica in 1972, where she spent early childhood years before relocating to Hampshire, England. Dominique has always had a passion for art and wildlife and as such, completed an illustration degree. Once this was completed she went on to combine her love of animals and art to build her reputation. Now she is considered an internationally successful wildlife artist, showcasing her work in many different countries.

Her remarkably naturalistic portraits of animals are depicted on a clean white background. This is to create a graphic image that truly stands out whilst representing modern aesthetics. Each image has almost a snap-shot quality, showing her unique ability to capture the personality of the animals that she draws. Most of her pieces contain personality, humour and whimsy characteristics to make her drawings truly unique.

Dominique mainly paints from her own photos but can sometimes spend hours watching the animals trying to capture the perfect moment. Capturing that single moment is beneficial for the drawing as it shows the animal under natural light.

Dominique frequently travels to Kenya as part of her work, this is where she spends hours of her time studying her next project. It is important for her to get a true representation of the animals she is drawing and in one scenario, she noticed that the elephants vary in shades. This is due to the elephants rolling and spraying themselves in rich soil. Because of this, she came up with the idea of using actual earth as a pigment in her painting to show a unique representation.

Dominique’s paintings are now sought after by private collectors and art dealers worldwide due to becoming an acclaimed wildlife artist. Her main exhibitions around the world are in London and New York where she visits regularly. She was shortlisted for the David Shephard Wildlife Artist of the Year, several years in a row and is also a winner of the BBC Wildlife Artist of the Year in 2009 (World Mammals Category).

In 2013, Dominique’s ostrich painting titled “Rubbernecking” was chosen to appear in the International Birds in Art Exhibition at Leigh Yawkey Woods Art Museum in Wisconsin.

Dominique also regularly contributes to and works with many wildlife charities, most notably being asked to design one of the elephants for the London Elephant Parade 2010 in aid of the Elephant Family. Her elephant “Tigerphant” was sponsored by Traffic and went on to sell at auction for £14,000. 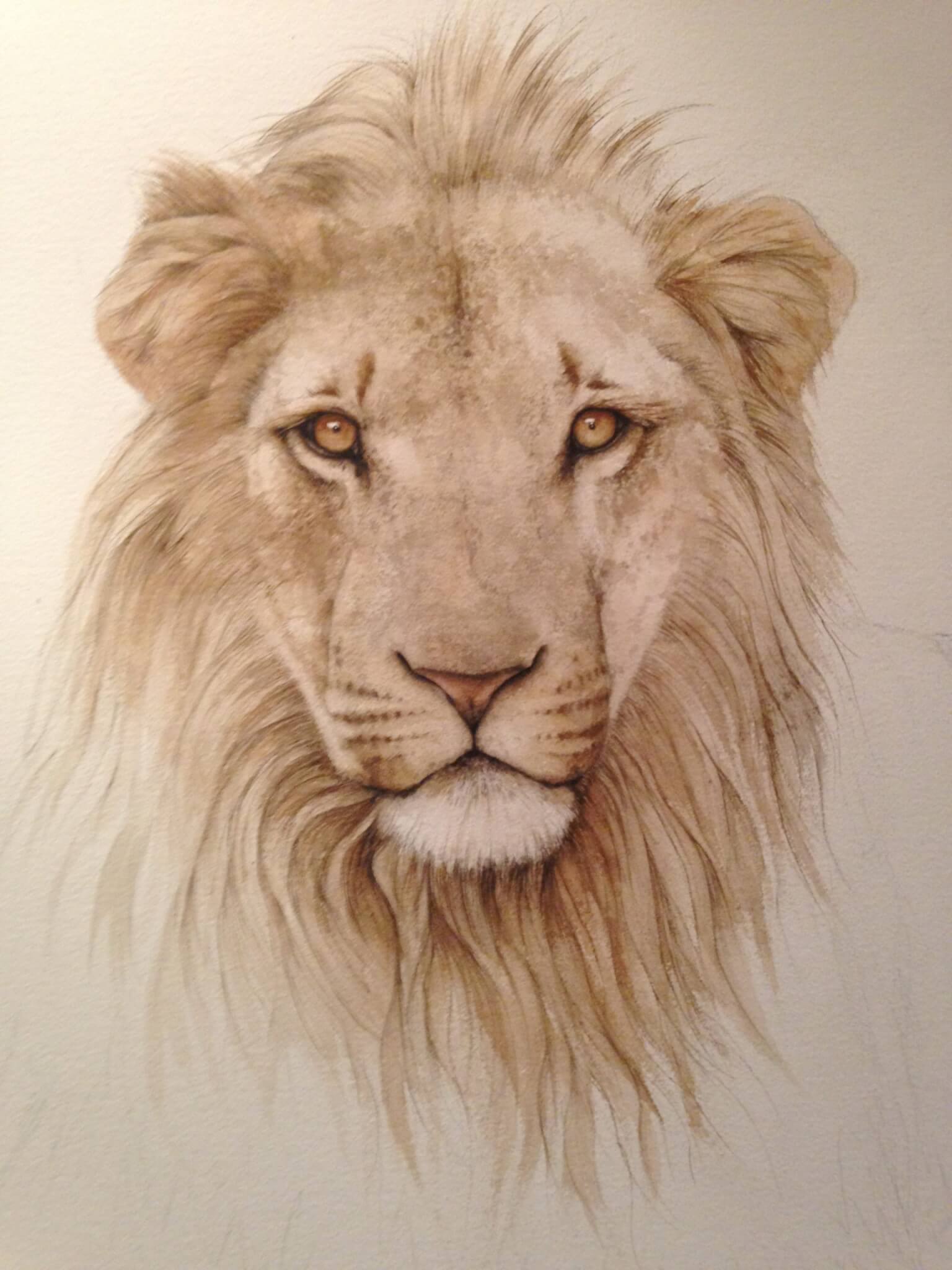 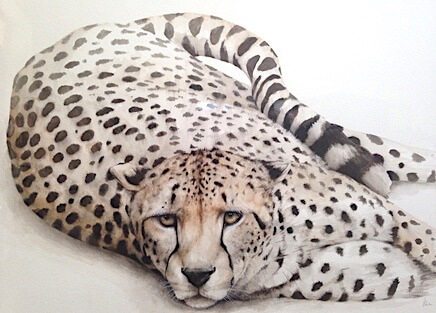 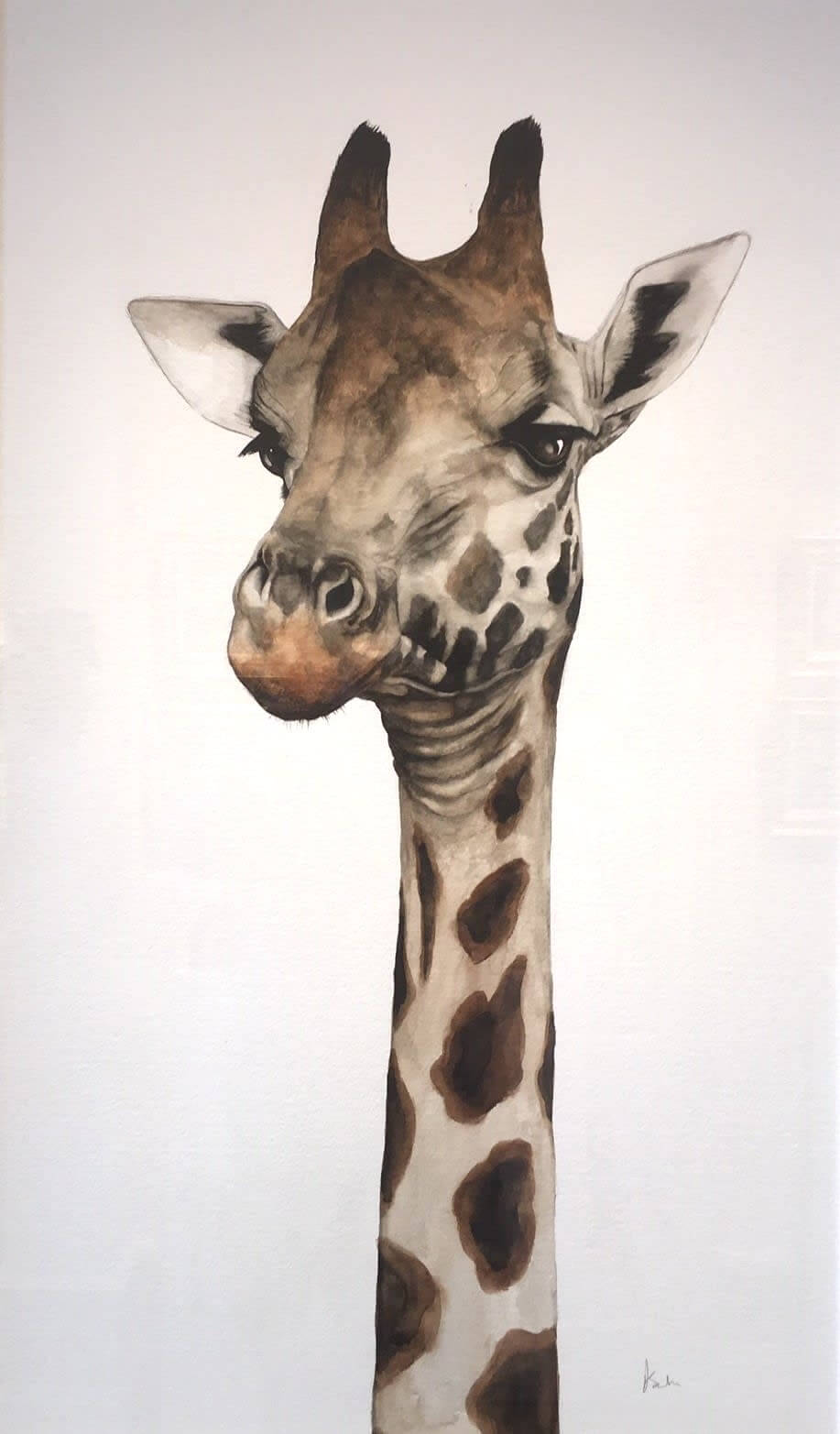 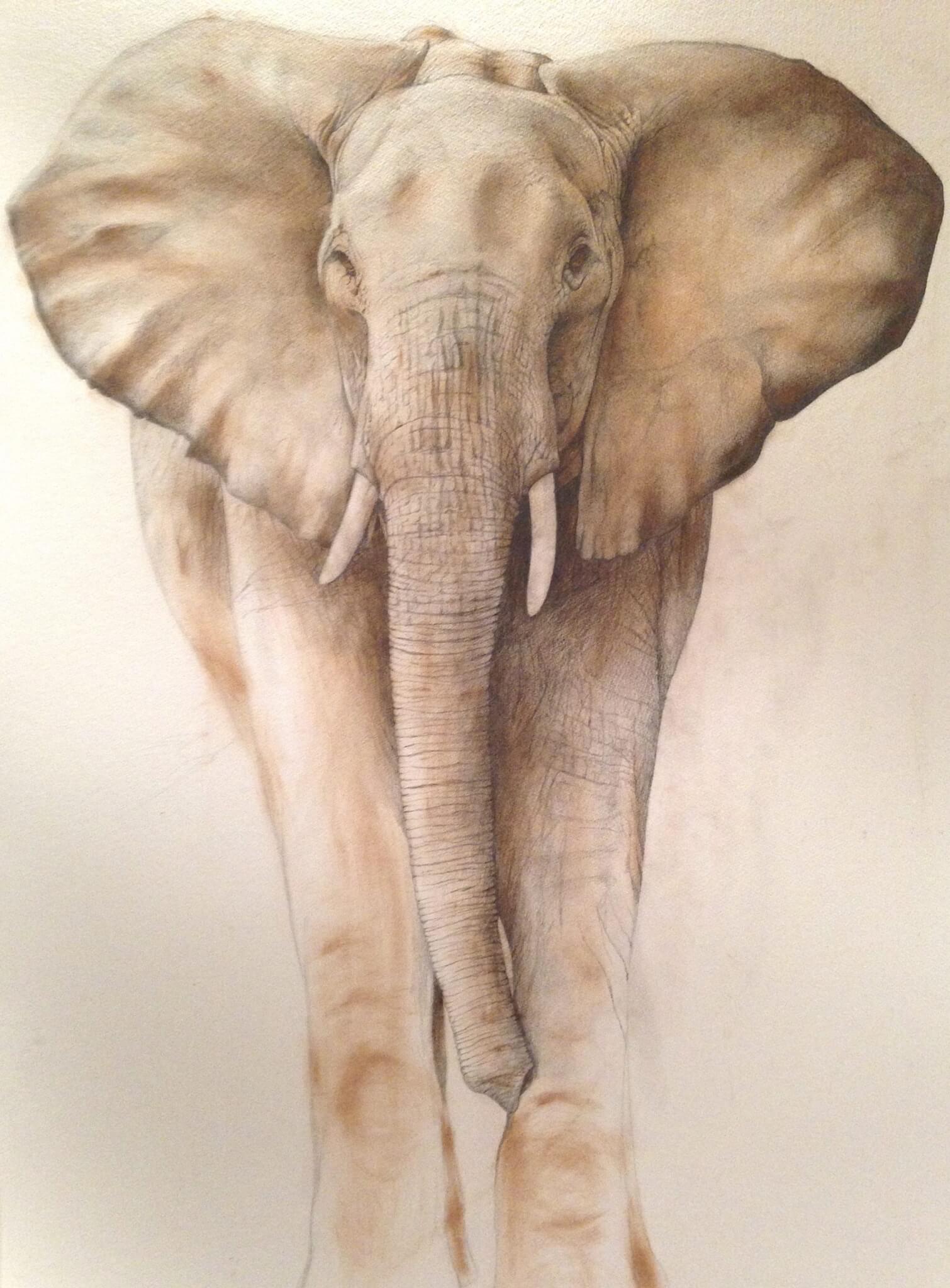 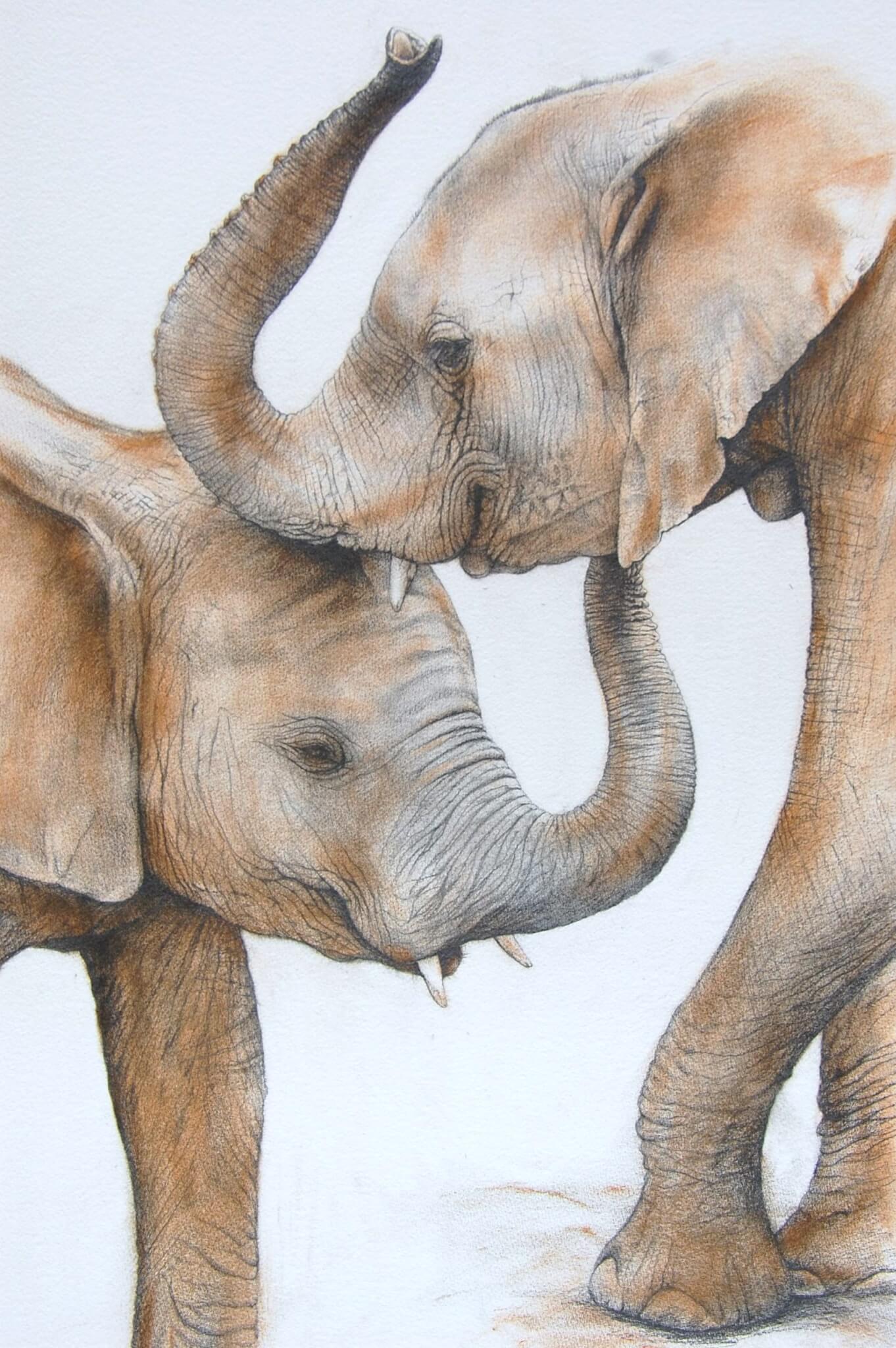 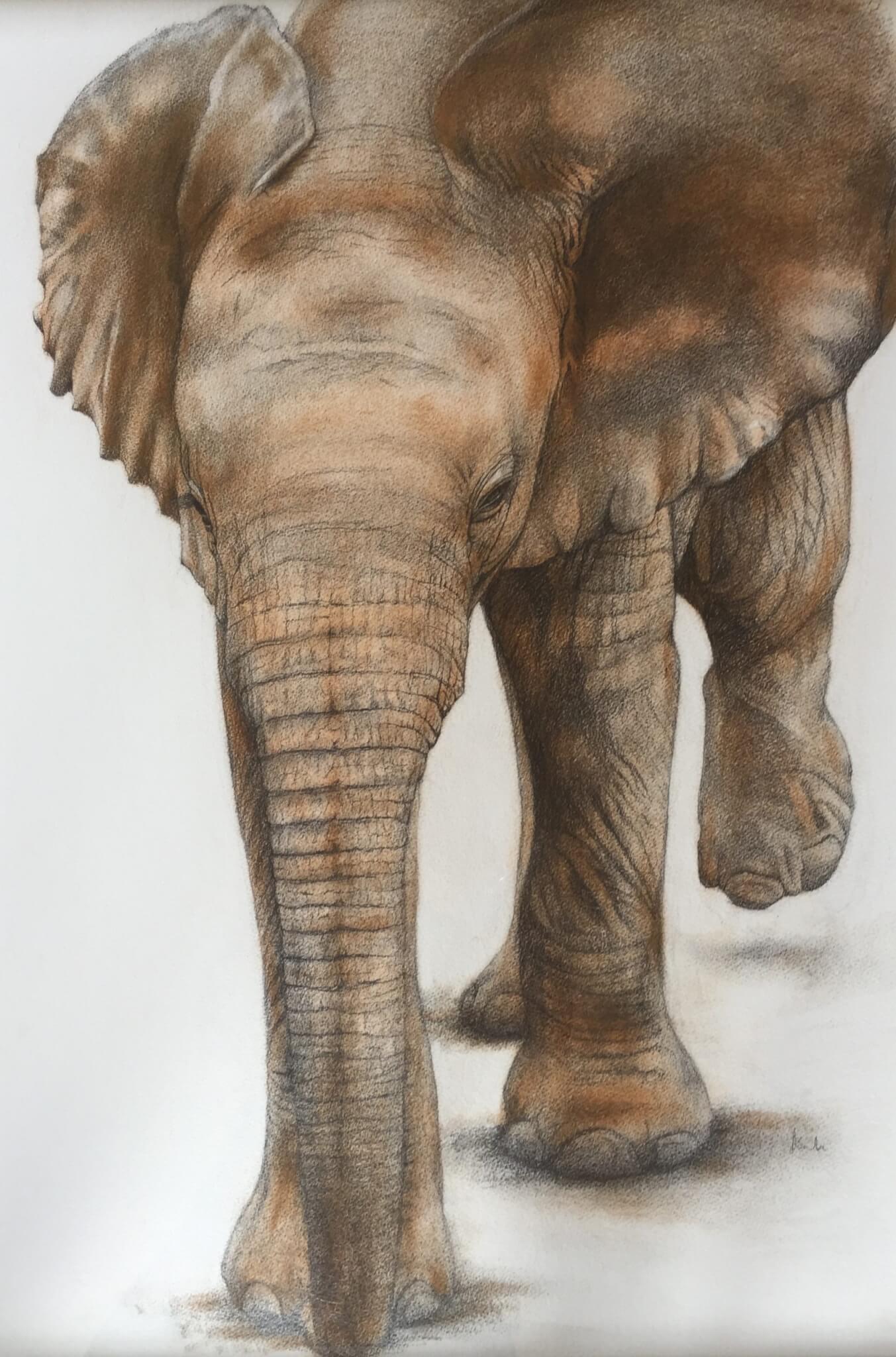 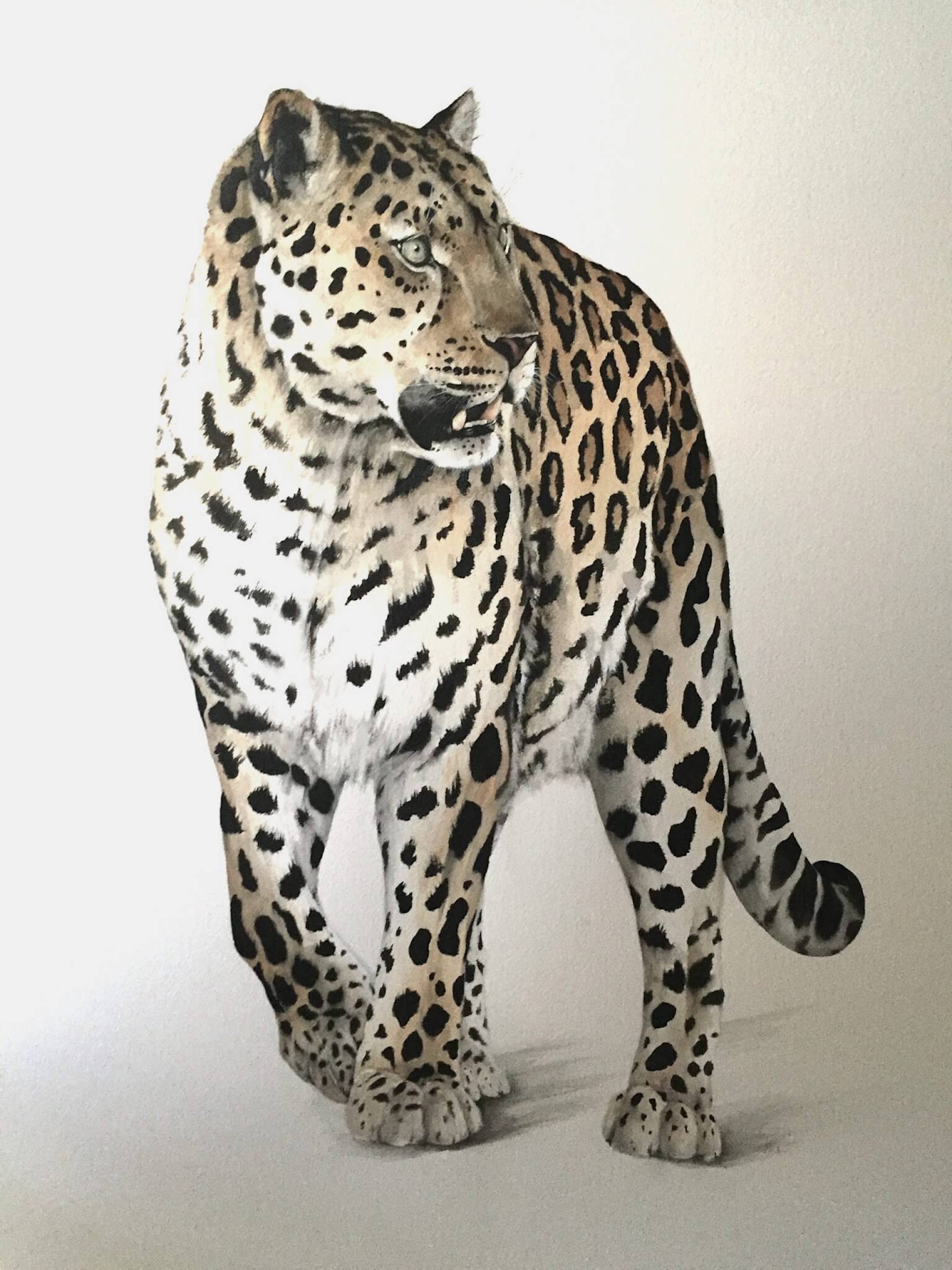 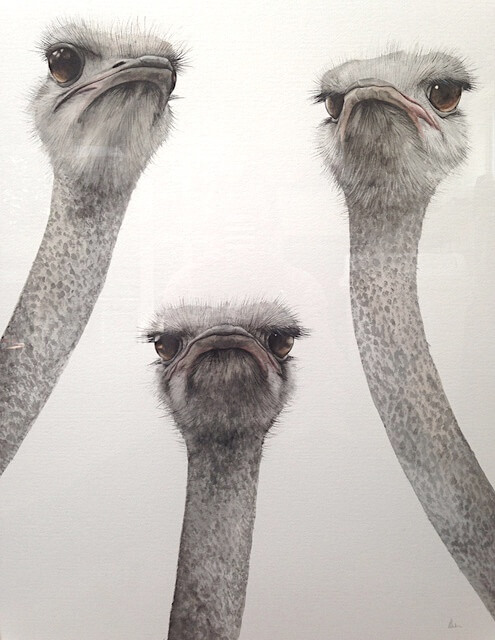 To enquire about a purchase or commission 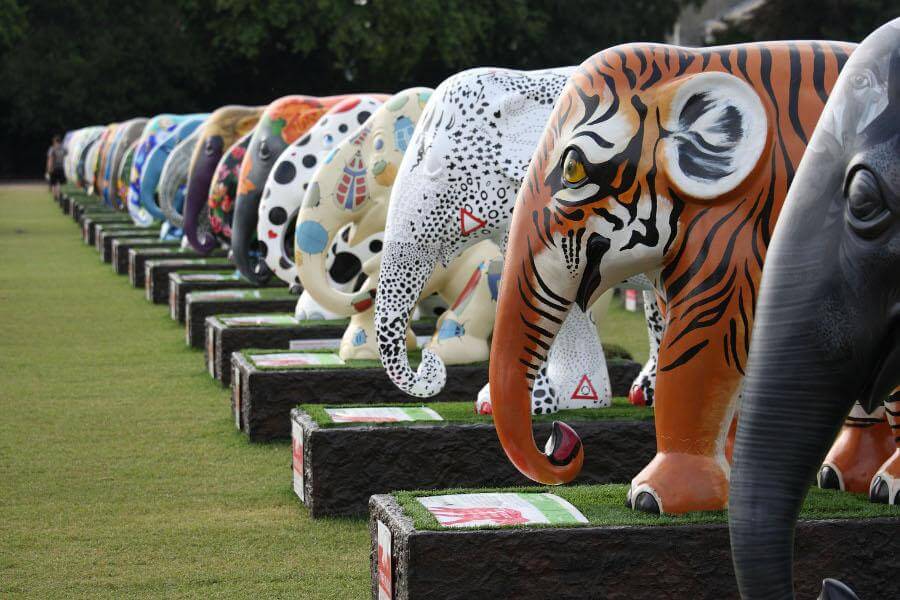 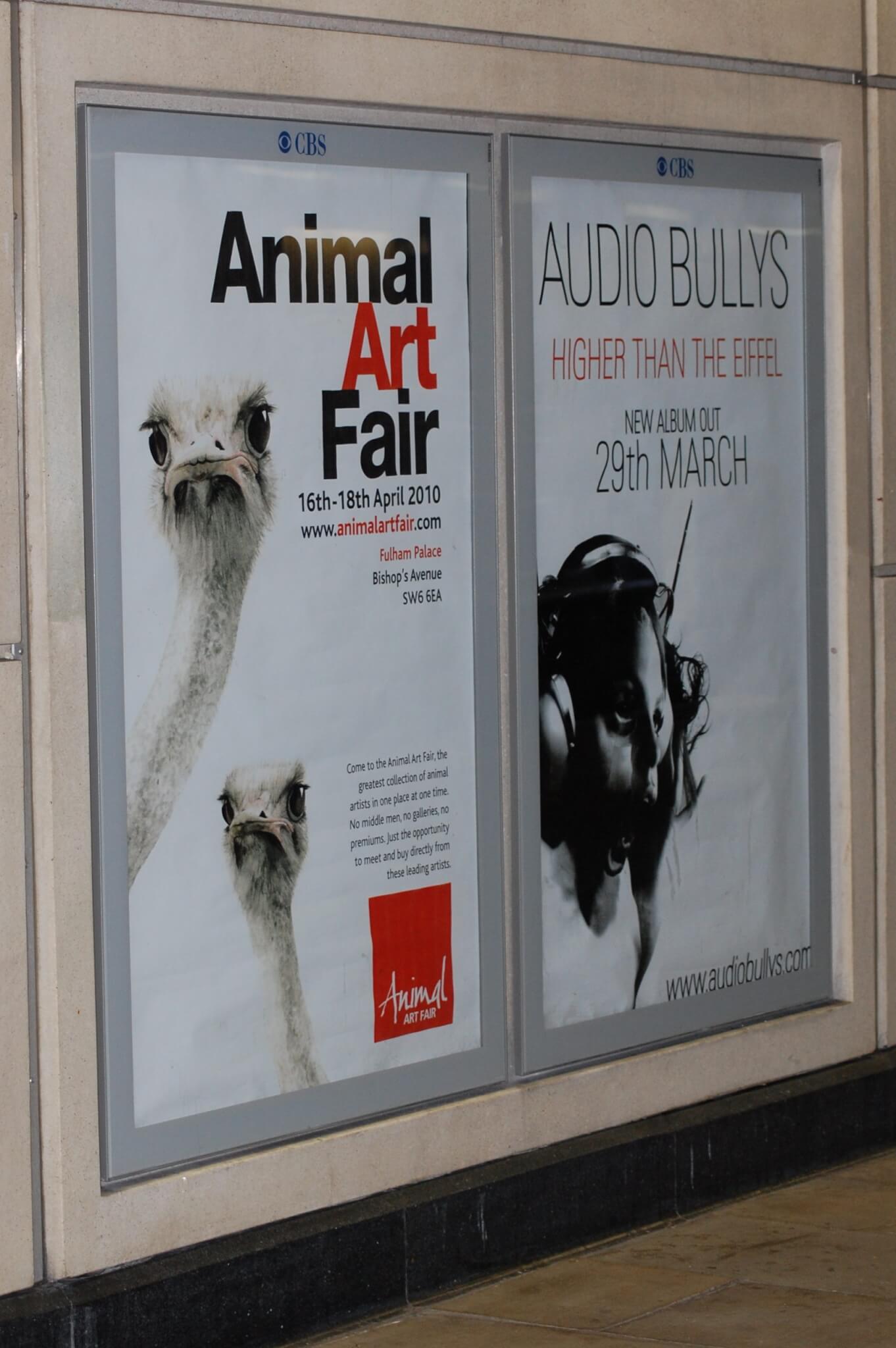 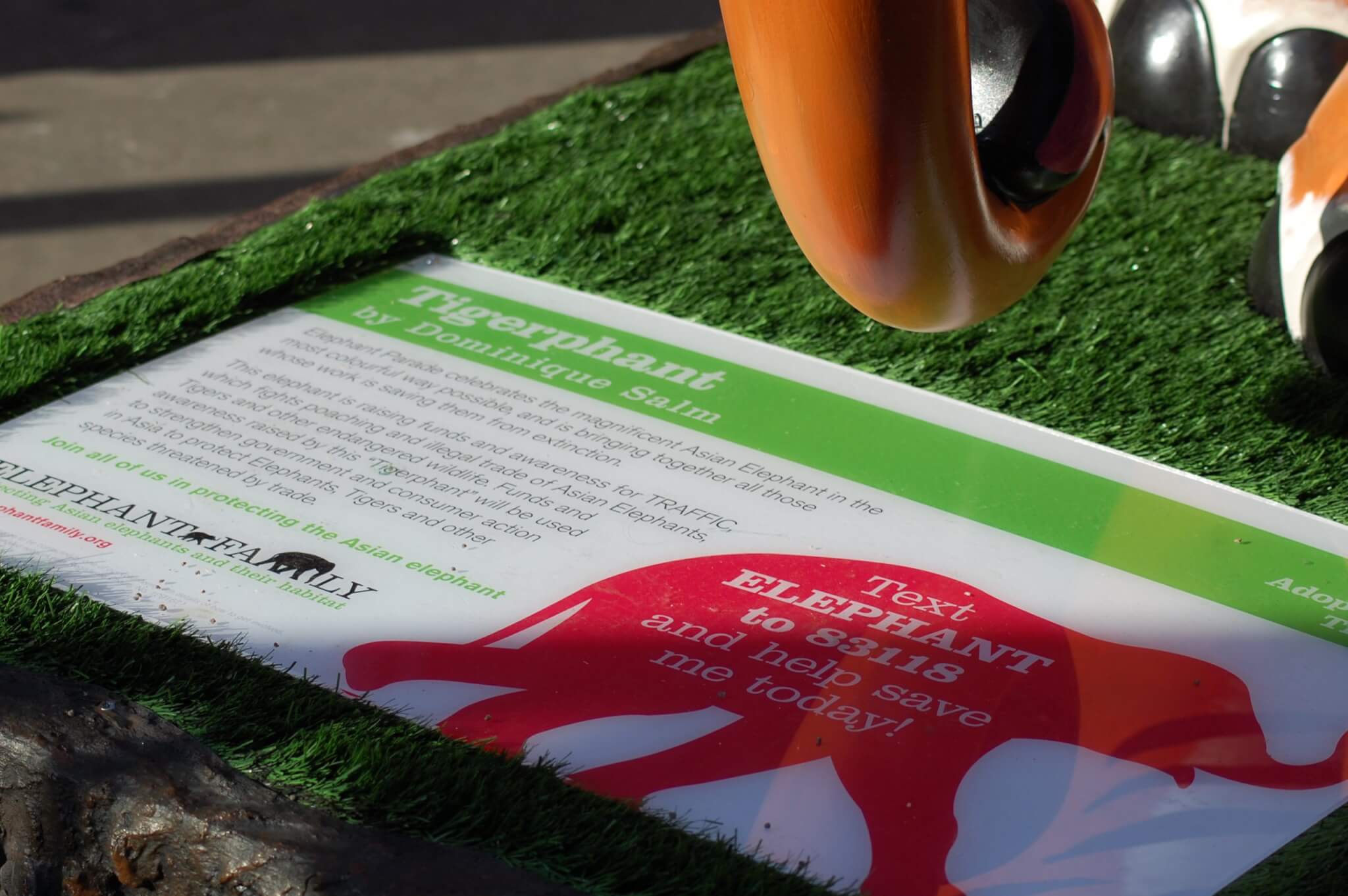