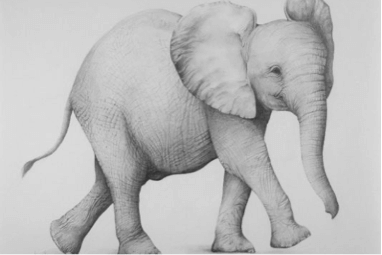 Last year I was asked to design an elephant for the Elephant Parade which took place around London last summer. Being a wildlife artist, I chose to paint it as a tiger which is an animal I personally sponsor. My nephew chose to call it Tigerphant! It was later sold at auction and raised £14,000 for the Elephant Family.

I have just donated the painting “Open Wide” to Tusk Trust which has been featured in Sir Timothy Ackroyd’s new book “Ackroyd’s Ark Two” and will be sold at their forthcoming auction at Christies on Monday 20th September.